The Inbox: A Cornerstone of Entrepreneurial Anxiety 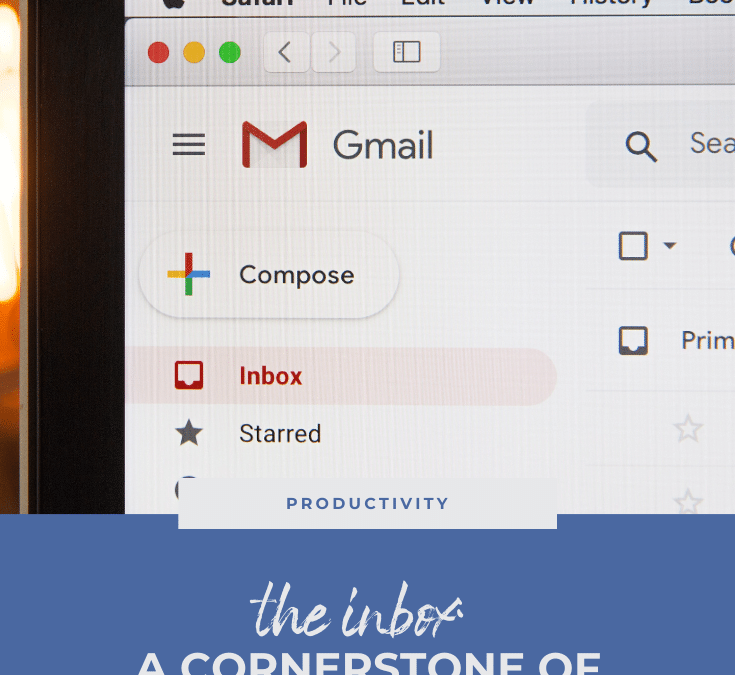 By definition, anxiety is apprehensive uneasiness or nervousness, usually over an impending or anticipated ill.

Anxiety is essentially the fear of unmet expectations. We are afraid we won’t meet an expectation, and something ill will come of it.

Often, those expectations are of our own making. We expect an event to go poorly, or we’re expecting a specific outcome. If we expect something to go well, there’s no anxiety.

So when it comes to entrepreneurial anxiety, we need to focus on reframing expectations-both ours and others’.

The other day I posted something on social media that said, “the inbox is the cornerstone of entrepreneurial anxiety.” As expected, there were a lot of people in agreement with that statement. The most common response was, “Yes, so I avoid it!”

I found the two-fold nature of this anxiety to be fascinating.

You see, most entrepreneurs tie the anxiety directly to their inbox. It’s the tool/space itself that makes them feel anxious. It’s an onslaught of requests, demands, promotions, and information, and we’re often dealing with it in a cluttered and disorganized jumble. Just the thought of even looking at it triggers an expectation of overwhelm, which, in turn, creates anxiety.

The expectation that dealing with it will be overwhelming is just the first layer.

Then we have to deal with the fact that beneath that general expectation we have created for ourselves, lies a list of expectations from the senders of each message.

And the longer we avoid dealing with the inbox out of the original anxiety, the scarier the expectations hidden inside of those individual messages get.

Which makes the idea of going through the inbox even more overwhelming, which means we put it off more, which compounds the expectations of those waiting in our inbox, which…you see where I’m going with this?

Our inbox is the place where everyone else’s expectations land. When we swing to either side of the spectrum, we create a new layer of expectation for ourselves on top of those individual expectations.

On the one end, we have the avoiders–they avoid the inbox until there’s an apparent dumpster fire, and then scramble to put it out. And in doing so, they usually discover other urgent or essential things that fell through the cracks, compounding the overwhelm and anxiety they’re feeling.

On the other end of the spectrum, we have the obsessed–their inbox runs their life. It’s open all of the time, and they cannot stand to see that little red bubble with a number. They are no more productive than avoiders because they are continually putting out the fires as they come up, leaving no time or focus for other important things. Their anxiety comes from the idea of not meeting other people’s expectations fast enough, as well as repeatedly failing their own expectations for projects they never make time to complete.

Both ends of the spectrum bring their distinctive flavor of anxiety when we talk about managing an inbox.

The unfortunate reality is that email is as unavoidable as death and taxes. We’re going to have to deal with it at some point. It’s a part of pretty much everyone’s lives, yet we’re never really taught how to manage it effectively.

And to make things worse, we’re now inundated with multiple inboxes. There are inboxes on nearly every social media platform, as well as school, work, and personal emails. And then there’s the inbox of project management apps and platforms like Slack. It’s no wonder we feel overwhelmed.

It’s no wonder that anxiety and overwhelm are the status quo for any of us, but especially entrepreneurs.

The good news is that it’s up to us to begin opting out and reframing those expectations. We can revoke that access to ourselves at any time. We can set boundaries and question which expectations we allow ourselves to buy into. We can also control when and how people communicate their expectations to us and when and how we respond.

And the simplest places to start with that are our inbox and our mobile notifications. Start by unsubscribing to promotional newsletters (expectation to buy) and social media notifications (expectation to engage instantly). Then begin setting expectations on when and how you will reply. My favorite is an autoresponder in my Facebook messages directing people to email me instead. One inbox down, 183 more to go.

If you’re interested in going deeper on this topic and learning how to simplify your inbox, join my live training, the Simplified Inbox Blueprint, on July 22nd at 6 pm Central. Click here for more information.